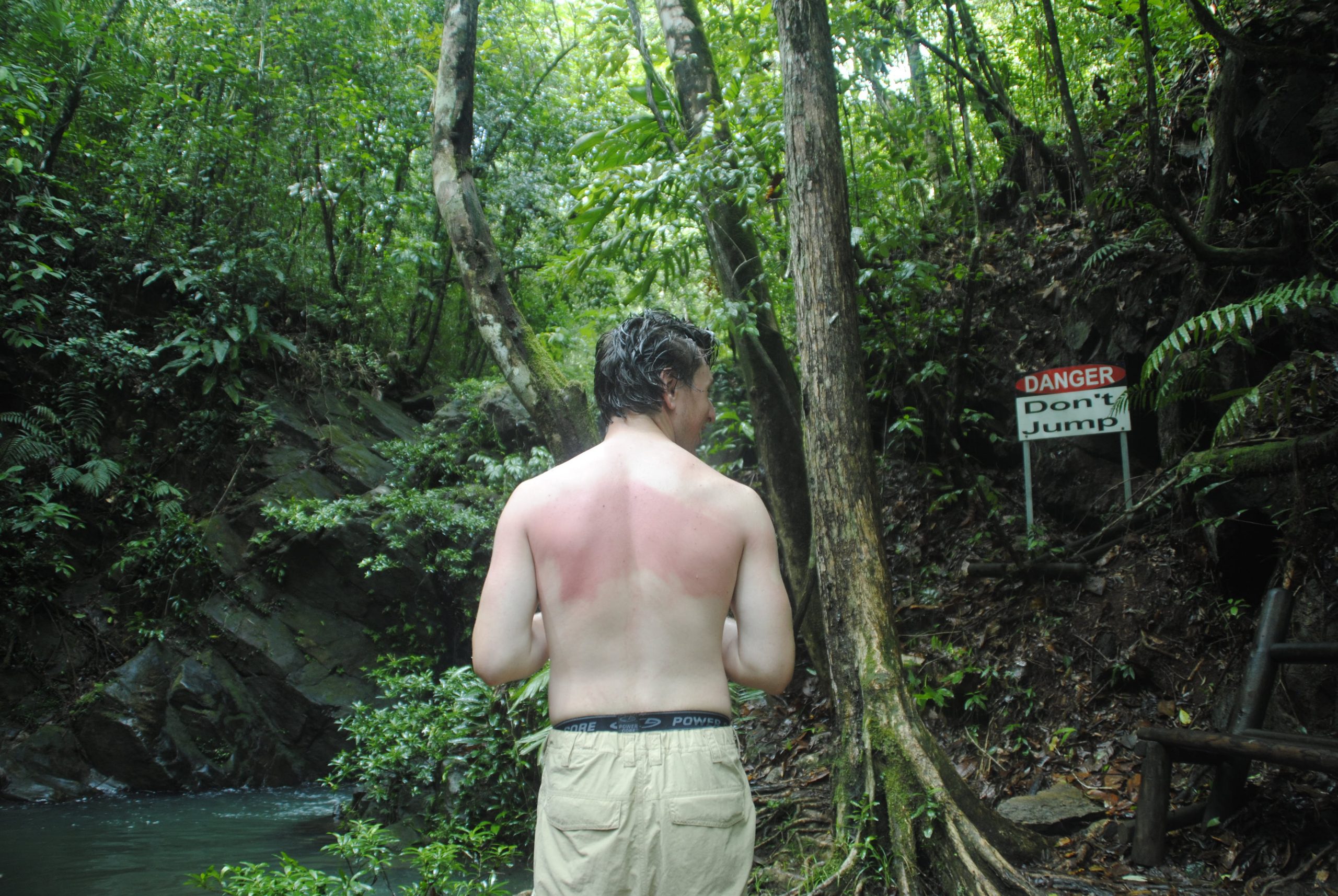 Knowing how to travel develops numerous skills. They aren’t placed on a resume but they are more important than what’s on the rest of the resume. What makes you successful in life, makes you successful when traveling and vice versa. Thus, this list includes tips that help in travel and in life.

– Ease in, that includes not too much sun.

– Take pictures of people, not buildings.

– Collect meaningful souvenirs. Nothing wrong with keychain and shot glass souvenirs but do they accurately represent your trip (shot glasses might). Keep souvenirs that reflect you and your trip. I was invited to a birthday part in Iraq and was given a party noisemaker. I kept that. When I led a trip to Belize, the rental SUV started on fire. Keep the burnt dipstick as a souvenir (not a keychain).

– Do what you want, not what a book or a tour guide wants.

– While doing what you want, think of others. When traveling, especially to developing areas, poor people aren’t your servants. They may need help, but don’t need your pity. Some of them have a more fulfilling life than yours. Conversely, as a person that is considered to have wealth, you shouldn’t be thought of us as just a bank.

– I like traveling because it’s one of the few legal adventures left that isn’t completely regulated by governments (kind of, there was less regulations back in the day and developing counties generally are less restrictive). However, the individual rights and freedoms one desires and seeks, need to be matched by the desire to fulfill the individual responsibility of helping others in society and not just yourself.

– Once a trip, give someone on the road a decent chunk of change. Someone who treats you with dignity or gave you good service at a restaurant; someone deserving. You made their day and yours.

– Travel light. I have the 20% rule. If I don’t use it once every five days, I don’t pack it. Also, I take a test run with my luggage, literally. I run up and down the block with my luggage and if it’s too heavy before I leave, it’s going to be too heavy after I leave.

– Don’t bring denim, preference of combo pants. It’s important to be versatile. Denim takes too long to dry and thus it takes you longer to move on to your next destination. In general, don’t take too long to move on.

– When reaching for something, it’s good to have a sturdy ladder. In general, a good base is a good idea.

– While in India, a tourist told me she woke up in her hotel room with a rat on her face two days in row. She was proud of paying only 30 pence a night. Sometimes, It’s okay to upgrade.

– Try different foods, even the ones that you don’t the ingredients or how to say them. However, food poisoning can be really rough.

– If you get invited to a party or a wedding, even if you don’t know the couple, go.

– If it’s 120 degrees outside and your walking in the sun, cross the street and walk in the shade.

– While everyone is staring at some great tourist attraction, turn around and see what others aren’t. Better yet, go a few blocks from the attraction to take a look around. Don’t just follow the group.

– Drink plenty of water. You don’t need to eat as much as you think.

– Everyone makes mistakes. When you make one traveling, admit it, don’t panic, slow down and think so you don’t make another one.

– Don’t get caught in a tornado (literally and figuratively). Stay away from people gossiping, complaining, diversions, etc.

– You have to trust someone on the road. In general, however, I don’t trust people that come up to me.

– Don’t waste time with people that waste yours. If you don’t want to travel with someone, don’t.

– The people that talk the most, generally have the least to say.

– Vagabonds (defined as someone with less than $7 to their name) can introduce you to a new reality. Or, they can be escaping reality.

– Get rid of your 1st world problems.

– Be open-minded but not wobbly; hold onto your core beliefs.

– There are many 18 years old travelers that act older than those that are 50 years old.

– I seem to reverse age when I travel.

– You can determine what type of person someone is very quickly if you have traveled a lot.

– Be prepared with some type of itinerary but be flexible.

– Keep your fingernails and toenails clipped. Nasty things can get under your toenails quickly. I almost always lose my big toenail every time I travel for an extended period of time.

– Be patient – another train, or bus or car is coming in 10 minutes.

– Smile, but be persistent.

– Learn when to roll with punches and when to fight back. If you are in a situation and stuck, unfortunately, you’ll need to accept that you lost that battle.

– Sometimes you are a target on the road. I’ve gotten robbed, whipped, spit on and lied to. When a bad person does something bad to you, don’t vow vengeance or sulk and play the victim. Whenever I retaliated or did something wrong, another bad thing would happen to me. Instead take it, learn, move on and be kind. When I did this, within a week a random person did something nice to me.

– Hang out with people that live their life with passion and compassion.

– When walking across a busy street, vehicles will swerve to miss you. Don’t speed up or slow down your walking gate; they will judge your speed and adjust accordingly. Whatever you do keep your head down, when crossing the street. Don’t raise your head to witness all the times you’ve nearly been hit.

– In India, cross the street by going back and forth to the cows in the road. It’s a bigger deal if the drivers hit the cows than you.

– Think. When negotiating, if 4 bananas cost $1 at home, they are not going to cost $10 in Latin America where they are falling off half the trees.

– Spread your money around. I have hiding spots and money coming out of every orifice when I travel just in case. Can you find my hiding spot below?